Just hours after the Supreme Court handed down their ruling in Shelby County v Holder, it became clear that it would not take long for states previously covered by the Voting Rights Act’s coverage formula to relapse, with states such as Texas, Mississippi, and Alabama moving immediately to enforce various voter identification laws that had not received approval from the Department of Justice.

The Voting Rights Act of 1965 required that states with histories of blatant voter discrimination—such as through the use of poll taxes, literacy test, or white-only primaries—would have to submit any proposed changes to their election laws to the federal government’s Department of Justice (DOJ) for approval before they could be implemented.1 The Attorney General would then have the power to approve or deny the proposed change based on whether or not he thought it had a discriminatory intent or effect.

After the ruling in Shelby, states rushed to enact voting laws which had previously been denied preclearance. In Texas, state officials moved to reenact a voter ID law which in 2012,2 along with a new redistricting plan, had been struck down by a three-judge panel in the United States District Court for the District of Columbia which called the voter identification law the “most stringent in the country.”3 The DOJ is now involved in section 2 litigation against Texas over both the new voter identification law and the redistricting plan, citing in their complaint filed in Federal District Court in Corpus Christi that the state’s plans put an undue burden on the Hispanic and African-American population in Texas who disproportionately lack IDs, causing some in extreme cases to have to “travel approximately 200 miles roundtrip in order to obtain [one]” to be able to vote. In other cases, Nate Silver, a popular statistician during the 2012 Presidential Election, found that in states such as Pennsylvania and Kansas, such laws would result in a 2.4 percent decrease in voter turnout overall with a 1.2 percent net swing to the Republican candidate in any given election.4 Legal battles such as this will undoubtedly characterize the fight over voter discrimination in the wake of an overturned VRA coverage formula and an increasingly heated debate over the voter ID movement.

While laws such as those requiring voters to show identification to be able to vote or those redrawing district maps and moving polling locations seem innocuous on their face, Justice Ginsburg, in her dissenting opinion in Shelby, warns of the effects racial polarization in voting can have on influencing changes in election laws.5 By this, she means that “when political preferences fall along racial lines, the natural inclinations of incumbents and ruling parties to entrench themselves have predictable racial effects. Under circumstances of severe racial polarization, efforts to gain political advantage translate into race­ specific disadvantages.”6 Thus, it is easy to see how laws as seemingly innocuous as those requiring voters to present identification at the polls can have a much more insidious racial effect in states with particularly racially polarized voting as incumbents pass election laws to ensure they remain in office. It is no coincidence, then, that states such as Texas and Pennsylvania, deemed some of the most “prejudiced” in the country in a study by law professors at UC Davis and the University of Connecticut, are in the process of passing some of the nation’s strictest voter identification laws.7 The Courts would be well advised to look very closely at the effects of such laws which should, by all accounts, be considered a second-generation voting barrier given their track record of voter suppression, when determining their constitutionality as they will doubtlessly be called on to do over the coming years.

Alexander is the founder of YOTUS and a Political Science & Economics Double-Major at the University of California, Los Angeles. He has written for the UCLA Undergraduate Law Journal and hopes to attend Law School after graduating. 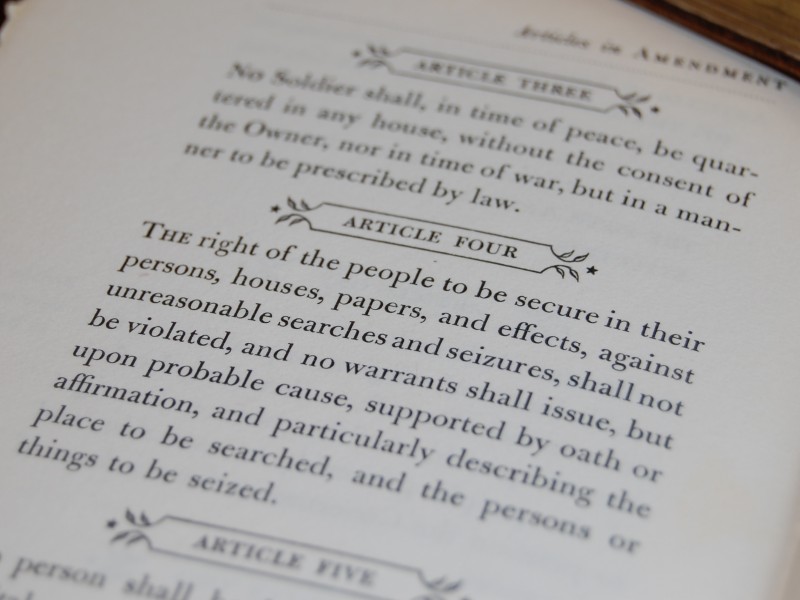 Cell Phones: “An Important Feature of Human Anatomy.” Are They Protected?